One of the more curious contributors to local Republican coffers for the 2011 local election was one Howard Gary Heavin of Gatesville, Texas—which last time I checked is not near Loudoun County. 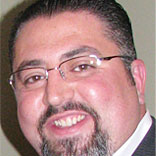 Heavin contributed a cool $75,000 to the successful campaign of Delegate David Ramadan. The connection between the two is apparently that Heavin is the CEO of Curves Health, a franchise operation of women’s fitness centers, and the Lebanese-born Ramadan is a Curves franchisee, as well as the apparent mastermind behind expanding Curves franchises to the Middle East and India.

I’m sure it was just an abundance of collegial pride in a protege doing so well in his adopted land that prompted Heavin to part with 75 grand.

On the other hand, it’s interesting to note that the very first Zoning Amendment approved by the new all-Republican board of supervisors here in Loudoun—one apparently so pressing to their agenda of making the county more “business friendly” that it could not even wait for the completion of the major zoning review ordered up by the board and now underway—was a little-noticed vote to add “health and fitness centers” to the list of permitted uses in industrial-zoned areas. END_OF_DOCUMENT_TOKEN_TO_BE_REPLACED