The gifts that keep on giving (to developers)

Taking a well-earned break from arduous taxpayer-funded seances with taxpayer-funded consultants hired at taxpayer expense to help him imagine just the right words to praise his own accomplishments (“Achieved breakthrough on economic development”), our extremely sensitive and misunderstood 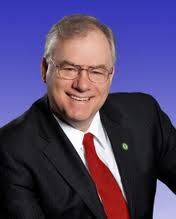 Chairman of the Loudoun Board of Supervisors Scott York (R-Kincora) is getting back to his real business, of delivering the goodies for the developers who bankrolled his election.

A few other issues that our extremely sensitive and misunderstood chairman of the Loudoun Board of Supervisors, Scott York (R-Kincora), might want to add to his list of things he addresses from the dais late at night: END_OF_DOCUMENT_TOKEN_TO_BE_REPLACED

Scott York (R-Kincora), our very, very sensitive and oh-so-misunderstood chairman of the Loudoun Board of Supervisors, was apparently hoping — that is, before the story broke in today’s Washington Post — that fellow Republican Supervisor Eugene Delgaudio’s flagrant misuse of his office could be quietly hushed up.

It was a reasonable hope, given that our local Loudoun newspapers these days view their job of “reporting” on local government as limited to reprinting the press releases handed them by York and his Republican colleagues (so much easier than that tiresome business of checking out the possibility — as difficult as I know this is for a highly trained journalist to believe about any politician — that some elected officials just might possibly not be telling the whole story).

If you read to the bottom of the Washington Post investigation about Delgaudio’s finagling, it’s apparent that the former aide of Delgaudio’s who finally balked at being told by her boss to spend most of her time, as a county employee, soliciting large potential campaign donors for him, went to the Post and blew the whistle in public only after waiting weeks for action from York on her complaint — with no response.

Mateer [the former Delgaudio aide] said her complaint has gone nowhere. Loudoun County Board of Supervisors Chairman Scott K. York (R-At Large) initially contacted her to request copies of her records and asked whether she would be willing to come forward, she said. Mateer and one of Delgaudio’s senior aides have since tried to contact York but have not received a response from him or from the county, they said.

In an interview, York said there was nothing that could be done about Mateer’s claims of a hostile work environment; part-time county aides are not protected by the county’s grievance policy.

The kind of leadership we have come to expect!

Maybe we’ve really got him this time

The Washington Post, abandoning its policy of abandoning all coverage of corruption in local politics, has a blockbuster investigative story today about your and my favorite Loudoun supervisor, Eugene Delgaudio — revealing that The Orange Capped Homophobe Extraordinaire had county-paid staff aides spend more than half their time making fundraising phone calls to potential big donors for him, and even promising them “cash bonuses” for landing big campaign contributors.

Never mind the “racist and homophobic rants” the aides were regularly subjected to . . . that’s small potatoes.

Read all about it here. Best bit is Delgaudio’s excuse — that he was merely asking for contributions to the Loudoun Boys Football League. He acknowledged that he had handed these potential big donors brochures about his campaign, but it was all completely innocent: “I don’t have other documents that describe myself, sadly,” he explained.

To show how extremely businesslike they are, our all-Republican Loudoun Board of Supervisors went on a all-day “retreat” this week to discuss their  “legacy” and “vision,” an exercise facilitated by a professional 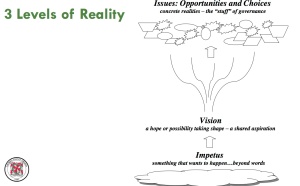 facilitator who was hired at taxpayer expense to facilitate their important effort to find the right words for all of us to use to remember their inspiring accomplishments by (actual example: “Achieved breakthrough on economic development”).

There was lots of bullet points involving words like “thoughtful” and “strategic” and “synergy” and “focus” and “systemic” . . . just like the way real business executives who have absolutely nothing to say talk! END_OF_DOCUMENT_TOKEN_TO_BE_REPLACED