Wexton secured an outright majority, beating the combined total of her two opponents with a solid 52.7% of the vote (to 37.5% for knuckle-dragging anti-Semite Whitbeck and 9.8% for May). END_OF_DOCUMENT_TOKEN_TO_BE_REPLACED

The difference? As of January 22, 2014, only one has been indicted on federal corruption charges.

Gee, guess what happens when you send a right-wing wacko to Richmond?

When he was running for state delegate, right-wing wacko Candidate Dave LaRock kept trying to present himself as a sensible “small businessman” whose main focus was “the economy.”

Ducking any debates or candidate forums, LaRock hid behind an avalanche of mailers that when they weren’t engaging in dishonest character assassinations of his Democratic opponent, offered vague reassurances about his own sensible positions on sensible issues. Here, for example, was how he explained his position on public schools and transportation during the campaign:

“My priorities are holding the line on taxes and spending, while at the same time advocating for the continuous improvement of our schools, insisting on our fair share of transportation funding to ease traffic congestion.”

Well, a funny thing happened on the way to Richmond! It took New State Delegate right-wing wacko Dave LaRock two nanoseconds to start filing bills reflecting his own true self this month. END_OF_DOCUMENT_TOKEN_TO_BE_REPLACED 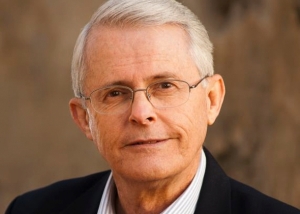 A thoroughly researched article in Slate the other day reminding us what a very creepy weirdo Loudoun state senator, and now US Congress candidate, Dick Black is.

Still shilling for the Hounds

Our all-Republican Loudoun Board of Supervisors is apparently such a bunch of enthusiastic fans for the increasingly non-existent Loudoun Hounds baseball team that they have even started pasting Hounds logo decals on official county vehicles, such as the one spotted the other day on Battlefield Parkway (below).

Want to know how you can get your company’s logo on official Loudoun vehicles? END_OF_DOCUMENT_TOKEN_TO_BE_REPLACED